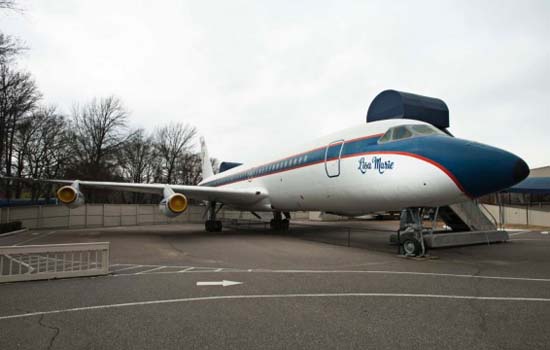 From Julien’s Auction who are conducting the sale:

“Elvis purchased the Convair 880 Jet from Delta Airlines on April 17, 1975 for the then very substantial amount of $250,000. After refurbishing it, the total exceeded $600,000, and he then immediately rechristened it the “Lisa Marie” in honor of his only daughter. The redesigned jet became an airworthy mix of modern function and amazing style fit for such a king. It was customized to include plush sleeping quarters, a penthouse bedroom with a custom-made queen size bed, an executive bathroom with gold faucets and gold washbasin, a videotape system linked to four televisions and a stereo system with fifty speakers and a conference room. The tail section of the plane featured Presley’s trademark — “TCB” — for “Taking Care of Business.” The color scheme was personally chosen by Elvis himself.

The Hound Dog II is a Lockheed JetStar. Elvis purchased it in 1975 while waiting for Lisa Marie to finish her refurbishment for a price of almost $900,000. Hound Dog II was bought by OKC Partnership and transported to Graceland in 1984 after the “Lisa Marie” arrived.”

Unfortunatelly, the planes are for display only and cannot be flown. The sealed bidding is expected to close on February 2, 2015 at 5:00 p.m. PST. Watch a a virtual trip through the Lisa Marie and Hounding Dog II in the video below.

via Elvis Presley’s Private Jets Up for Sale – Luxuryes.

iPhone 6 and 6 Plus Go for Gold, Images of 24k Gold Editions Are Making the Rounds 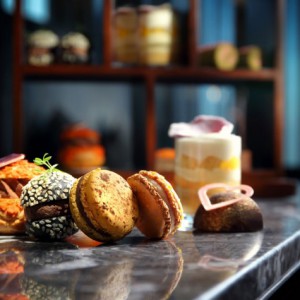 Guests at the Ritz-Carlton Hotel Hong Kong will find their stay made sweeter by the hotel’s new collaboration with acclaimed...