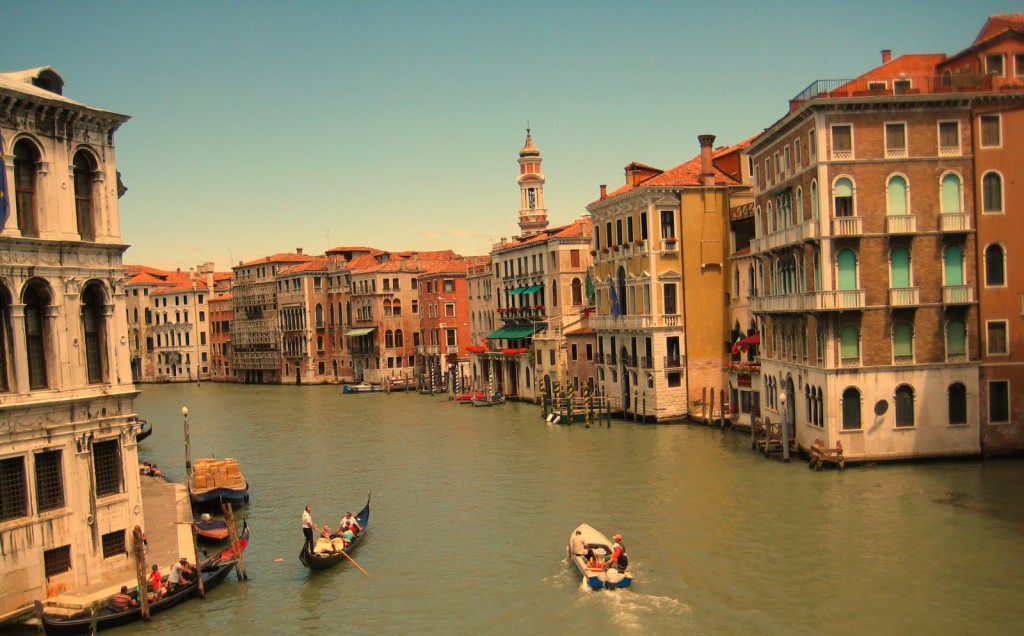 As Parkinson’s disease worsened for Bernard Michaels, his family took him on a final trip to Europe. Early in the trip, a slip in Venice, Italy landed him in the hospital. His daughter, Sonia, set out with a collapsible wheelchair to meet him, but seventeen staired footbridges, slick with rain, stood between them. Fortunately, others took notice.

Sonia Michaels shares a story of kindness in a foreign place for Kind World, celebrating acts of Kindness. 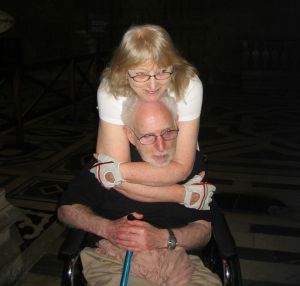 SONIA MICHAELS: In 2005 my family decided that we needed to take my dad to Italy. Parkinson’s disease was progressing, and we knew that he wouldn’t be able to travel much longer, so we decided that it was time to take a trip to Europe.

When anyone asks me I always tell them that Venice is like nowhere else in the world that I’ve never been. There’s nothing on wheels in Venice. Everything’s very narrow and close together, and each canal is basically traversed by a little footbridge with a few stairs up and a few stairs down.

We were just waking up on our first morning and beginning to get ready for the day, and my dad slipped getting out of bed and landed hard on his hip and hurt himself. He was moaning. He was obviously hurt quite badly to the point that we needed to call the ambulance.

She eventually called and told me that he’d had some X-rays and been given some pain medication and was ready to be released, but it was actually a national holiday and a local holiday, so it was going to be, she said, at least three or four hours before they could actually bring him back to the hotel by boat.

I looked at the map, and I thought, “Well, that’s only about a kilometer, kilometer and a half,” and, uh, you know, looks manageable with this collapsable, folding wheelchair that we’d brought along with us for emergencies. So, I told her, “Okay, I’ll come and get him.”

I’m generally an optimistic person but my optimism in this place was somewhat misplaced. There were, I believe, 17 of these little footbridges between me and the hospital. The wheelchair only weighed about 20 pounds, but dragging a cumbersome 20-pound thing up and down bridges was actually incredibly stressful – and often painful – because it kept slamming into my legs, bruising me, you know, scratching me and so on.

I’m dragging this chair up one of the steeper sets of steps that I’ve encountered to that point, and then the weight just, just lifted. The weight lifted in my hands, and I turned around, and there was just this very nicely-dressed man in a suit holding the back end of the wheelchair, smiling at me. I thanked him in Italian and English, and he just nodded, got me down to the bottom of the steps and walked away.

Since there’s nothing on wheels in Venice, the ambulance is a boat. They’re pretty small, so they told my mom that they had room for my dad and her, and that the rest of us would have to stay behind. And then they put him on a stretcher, took him downstairs, and zoomed off in the water ambulance.

Next bridge, I’m dragging it back up, and a couple of backpackers stop and grab the chair, actually take it right out of my hands and carry it over. Next bridge after that, there were two or three nuns walking together and one of them came and took the bottom end of the chair. And this happened over and over again on almost every bridge. All the way to the hospital somebody stopped to help me, to even take it from me, or simply just to, you know, touch me on the arm and smile and say something kind.

When I arrived at the hospital, it took me a few minutes to find my way to my parents, and I began to tell them not only the story of how I’d gotten there and all the people that had helped me, but also how incredibly difficult it was going to be to get back to the hotel.

And the remarkable thing was that on the way back, people kept helping. Everywhere we went somebody stopped. Somebody would either take my dad’s other arm while my mom was helping him, or take the chair right out of my hands so that I could go and help my mom. And again, this happened over and over again.

There was this one bridge where there was a young homeless man in a doorway, and, as soon as he saw us, he jumped up out of his place and took my dad’s arm and put a hand on his shoulder and started whispering to him in Italian and just very, very slowly and lovingly helped him up and over the stairs.

In the few years that followed this my dad was suffering from Lewy body dementia, which is a type of dementia that actually fluctuates. There are times when the person is very lucid and times when they’re not lucid at all. And in those lucid times toward the last months of his life, he would often say to my mom, “Please, just take me back to Italy. Take me back to Venice.”


Tags: Kind World, Kind World #13, Take Me Back To Venice 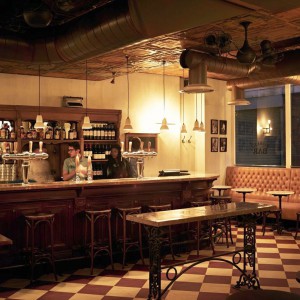 The Ape & Bird: Restaurant review - Polpo's Russell Norman has pushed his little plates aside for his first pub While...