Neri Per Caso will be the protagonists of the Christmas Concert at the Court of T Fondaco Friday, December 13 at 17.30.
The vocal ensemble will perform some arrangements of the Christmas classics, alternating them with their most famous hits and a selection of Italian and international covers.
The Neri Per Caso concert is free and no reservation is required.

About Neri per Caso
6 boys from Salerno are the members of this Italian group that sings “a cappella”. The group started singing in 1991.
Before becoming famous they sang in provincial clubs, on cruise ships and at village festivals, then comes the success with the victory in the section “New Proposals” of the Festival of San Remo in ’95, with the song “The Girls” and immediately I Neri Per Caso are in great demand in radio and TV broadcasts. Their way of singing, before almost unknown in Italy, aroused great interest and their first album, which contains covers of famous Italian songs and two unpublished, sold many copies.

The following year the group repeats the experience of the Festival, reaching the fifth place among the “Big”, but this time with a song that “grants” musical accompaniments, “Mai Più’ Sola”.

Their second album, called “Strumenti” is made with acoustic, electronic and improper instruments (glasses, spoons, guitar linings,…) that create particular atmospheres, different for each song.

Their third album, released just before Christmas, in 1996, contains covers of famous Christmas songs such as “White Christmas”, “Oh Happy Day” and the beautiful song by John Lennon and Yoko Ono “Happy Xmas (war is over)” sung a cappella; and “Quando” song interpreted by them in the animated feature film by Disney, “Il gobbo di Notre-Dame”.

On June 7, 2002 the CD of their greatest successes was released, “La Raccolta”, enriched by two new songs: Amore psicologico and Tu sei per me. The main successes are: The girls, Feeling repentance, Never lonely, Women (sugar cover), Improvising, What You Want, When (soundtrack to the Disney movie The Hunchback of Notre Dame), Permanent Center of Gravity (cover by Battiato), Dream, Jamming (cover by Bob Marley) and Will.

Then follow some years in which they have held concerts around the world and February 15, 2008 was released their new album, entitled Angoli Diversi, produced by Tullio Mattone and with the participation of eleven major names in Italian music (including Mango, Lucio Dalla, Luca Carboni, Samuele Bersani, the Pooh, Claudio Baglioni and Gino Paoli) who, for the occasion, have reinterpreted with the group a song of their repertoire arranged “a cappella”. To anticipate the release of the album is the single What a Fool Believes realized with Mario Biondi. 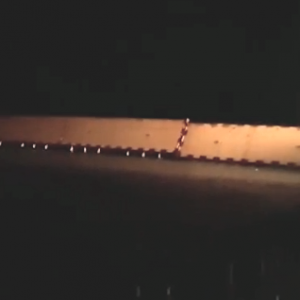 The general test of lifting the bulkheads of the Mose project at the mouth of the port of Malamocco, one of the three access...