One of the most frightening and, it is said, haunted places in the world is located a few kilometers from the heart of Venice: it is the island of Poveglia (the island of ghosts), located opposite the island of Lido.

Even today, a plaque commemorates those who died of the plague here:
Ne Fodias Vita Functi Contagion Requiescunt
(do not dig, the dead rest here from contagion, 1793).

It was then ceded to the state property in 1968 when the last structure closed its doors forever.
It is precisely on the work of these hospitals that disturbing stories of ghosts have been told since long time: like that of a head of the psychiatry department on the island who would have tortured and conducted brutal experiments on his patients.

Then he go mad because of the sense of guilt and throw himself from a bell tower and then, once on the ground, die strangled by a “spectral mist” that would emerge from the ground.
His ghost would have been seen wandering around the now deserted corridors of the asylum by some ghostbusters who have carried out investigations on the island of Poveglia.

AMERICAN TOURISTS FOUND IN SHOCK
In 2016, the media reported on a dark episode to say the least: five young American tourists from Colorado, want to be transported to the island of Poveglia by a water taxi and stayed there with the idea of conducting a night exploration.
It’s not clear what they saw or believed they saw or heard, but during the night they started screaming to be rescued by some passing boat. In the end, considering that no one approaches the island of Poveglia at night, the Fire Brigade had to intervene and brought the unlucky back ashore, in an obvious state of shock. 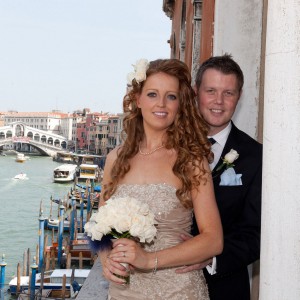 Registry office wedding in Venice city centre The historical Palazzo Cavalli stands in one of the most picturesque areas...