After the recent visit of the former Italian premier Matteo Renzi who, according to some sources, went to Pakistan to ski together with some local notables, we decided to make an in-depth examination of the best places to ski in Pakistan.

Pakistan is the sixth most populous state in the world, with a population of over 216 million people[1] and is the 35th largest country with 803,940 km2. To the south, it has a coastline that stretches for 1,046 kilometers on the Arabian Sea and the Gulf of Oman, to the east it borders India, to the west Afghanistan, while Iran and China borders respectively to the southwest and the extreme northeast. To the north it is separated from Tajikistan by the Vacan corridor of Afghanistan, while it also shares a maritime border with Oman.

The country’s main attractions include some valuable archaeological sites and places of natural interest on the slopes of the Himalayas.
Right in the Himalayas are the best places to ski in Pakistan.

Naltar is a valley near Gilgit, Hunza and Nomal in the Gilgit–Baltistan region of Pakistan. Naltar is about 54 kilometres from Gilgit and can be reached by jeeps. Naltar is a forested region known for its dramatic mountain scenery. Ski competitions are held at Naltar ski resort. Naltar Bala and Naltar Pine are two villages of Naltar valley.

There is a main village known as Nomal between Naltar valley and Gilgit.Public Transport is available from Gilgit to Naltar during a specific time, after that you have to make your own arrangement. It is a forested village known for its wildlife and magnificent mountain scenery.

Here is a base camp of Pakistan Air Force, and the Ski Competitions are held at Naltar under the supervision of PAF. There are ski lifts, which are under the ‘Ski Federation of Pakistan’.

Malam Jabba is a Hill Station in the Karakoram mountain range nearly 40 kilometers from Saidu Sharif in Swat Valley, known as a major and one of the best places to ski in Pakistan. It is 314 kilometers from Islamabad.

Malam Jabba is the only ski resort in Pakistan owned by the Pakistani Tourism Development Corporation having a ski slope of about 800m with the highest peak of the slope 2804 m (9200 foot) above sea level.

This Ski Resort was the joint effort of the Pakistan government with its Austrian counterpart, equipping with modern facilities including roller/ice-skating rinks, chair lifts, skiing platforms, telephones and snow clearing equipment.

Location of Malam Jabba is as high in the Hindukush, surrounded by the Karakorum’s, north east of Saidu Sharif, and is striking. High altitude and 2-3m of winter snow make it fairly snow-sure and besides the skiing there are many hiking options too.

There are numerous lodgings in Malam Jabba to get settlement. Inn Zahgeer Continental, Number Eleven, Hotel Sadaf, The Residency, The Mandalay Houseboats, and Dawer Heaven are viewed as best as a living arrangement in one of the best places to ski in Pakistan.

Nathia Gali is a mountain resort town or slope station in Hazara in the region KPK of Pakistan. It is a part of the Galyat extend, where a few slope stations are arranged, firmly associated with one another, and with their names for the most part finishing off with ‘Gali’.

Nathiagali is known for its picturesque excellence, climbing tracks and lovely climate, which is a lot cooler than the remainder of the Galyat because of it being at a more noteworthy elevation. It is arranged 34 kilometers at one hour’s ride away from both Murree and Abbottabad, lying halfway between these two positions. The drive time from Islamabad is ordinarily around two hours, except if there is a great deal of traffic.

Winters (November to February) in Nathia Gali are very cold and chilly. In December and January, heavy snowfall occurs here. This is the best time for skiing here.

Some Hotels, Rest houses and Cottages equipped with server amenities are located here for tourists stay. In summer (1 May to 31 August), they charge very high rates and normal in other days. A small market is also exists here where all the basic necessities of life are available. 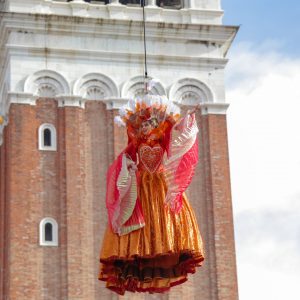