The Cutting of the Head of the Bull pays homage to Dante and brings on stage the XXI Canto dell’Inferno among devils, shows, masks and a lot of fun

A Fat Thursday full of events ranging from tradition to innovation, from fun to culture to celebrate the Game, Love and Madness, the themes of the Carnival of Venice 2020, give space to history and bring back to life the characters of the most beautiful literary work ever, Dante’s Inferno.

The fulcrum of the day, for the fourth consecutive year, is the engaging and choreographic re-enactment of the Ballad of the Masks with the Cut of the Head of the Bull, organized by the Compagnia L’Arte dei Mascareri.

It starts at 3.00 p.m. with the parade that, in the company of the Bull, the 12 loaves and 12 pigs, after a prologue in Campo San Giacometto in Rialto will cross, interspersed with shows and traveling entertainment, Campo San Bortolomio, Campo San Luca, Campo Manin, Campo Sant’Angelo (where he will meet the Malebranche), Campo Santo Stefano, Campo San Maurizio, Via XXII Marzo until you get to Piazza San Marco at 4.00 p.m..30 where, the party will end with a great final show among the crowd in the most beautiful square in the world.

With the Ballata delle Maschere con il Taglio della Testa del Toro (Ballad of the Masks with the Cutting of the Head of the Bull) the ancient anecdote will be performed on Fat Thursday of the year 1162 when the victory of the doge Vitale Michiel II over the Ulrich Patriarch of Aquileia with the 12 rebel feudal lords was celebrated. In memory of the attempted insurrection suffocated in blood, every year also the Patriarch’s successors had to send as a gift and as compensation to the Doge in charge a bull 12 loaves and 12 well-fed pigs.

The Bull-Patriarch with the 12 Pigs-Feudal Lords was mocked in the public square with a ritual that included at its climax the spectacular cutting of the bull’s head, hence the all-Venetian saying “Tagiar la testa al toro” (Cut the bull’s head), which means closing the matter definitively, also synonymous with a quick, dry but painful solution. The animals were subsequently slaughtered and cooked and their meat distributed during banquets among the nobles, clergy, people and prisoners.

Anticipating the centenary of Dante’s death, the Association pays homage, in this edition of the event, to the Florentine poet inspired by the Canto XXI dell’Inferno (V Bolgia of the VIII Circle, the Malebolge), where the barters are punished, forced by black, winged and hooked devils (Malebranche) to remain in the “tenacious pitch” that boils and reminiscent of the “Arzanà de’ Viniziani”, used to repair boats.

The company invites everyone to take part in the masquerade, possibly with Venetian crafts.

Guests of the procession of the Company l’Arte dei Mascareri, there will be the 12 Marys of Carnival 2020 that will bring the 12 breads, the companions of the Marys that will bring the pigeons that the Association has created for the project “Volo del Colombo Baleno”, 14 Actors of the Commedia dell’Arte (including a wader), 5 Bearers, 12 Pigs, 3 Waders, 30/40 participants, 4 Drums of the Schola Tamburi Storici di Conegliano and the Lagoon Pirates. 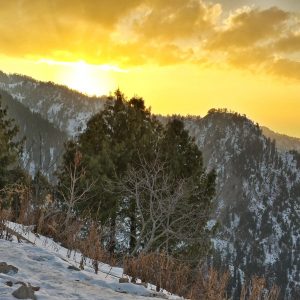 THE BEST PLACES TO SKI IN PAKISTAN After the recent visit of the former Italian premier Matteo Renzi who, according...