Generali has given important support to the restoration of the Royal Gardens of Venice, and is also taking care of the renovation of the Public Prosecutor’s Office in Piazza San Marco. The company’s CEO, Philippe Donnet, said he hoped that the restoration would be completed in 2021, the year of the company’s 190th anniversary.
The flowering of the royal gardens of Venice will come in April, but Adele Re Rebaudengo, President of the Venice Gardens Foundation, (author of the important reopening of the royal gardens of Venice), has defied the cold: “The Royal Gardens return to being formal and lush, according to the historic nineteenth-century design, full of unexpected perspectives, a place of meeting and thought open to Venetians and travelers, artists and researchers, a small oasis for migratory birds.

The architects Paolo Pejrone (for the garden) and Alberto Torsello (for the architectural part) designed the re-opened royal gardens.
“There will be the longest pergola of wisteria in Italy – begins Pejrone – Have been chosen plants not to be irrigated with deep roots and strong. Now you see a garden of leaves, but from mid-March to the end of October it will be a garden of flowers and perfumes. I have chosen a small exhibition area for potted plants, so as to show the pots of Impruneta, unique pieces in the world with a diameter of 120 cm that host fig, pomegranate and orange plants.

The history of the Royal Gardens of Venice goes back to the project of reform of the Marciana area wanted by Napoleon: in 1806, following the appointment by Bonaparte and the viceroy Eugenio di Beauharnais of the Procuratie Nuove at the Palazzo Reale, the architect Giovanni Antonio Antolini carried out the first projects for the residence, which had to be equipped with a garden, to be set up on land overlooking the basin of San Marco already occupied by the Granaries of Terra Nova, a Gothic building built in 1340 and once used as a location for the wheat market and for small shops.

The Human Safety Net is inspired by the idea of ‘chain aid’, where those who benefit may one day give back to someone else, creating a ‘ripple’ of positive change that extends worldwide with limitless potential. The chain we envision will be filled with volunteers, experts and more who all share a common connection to this movement.

Italy, the anti-racism campaign of football 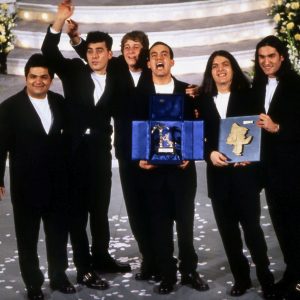 Neri Per Caso will be the protagonists of the Christmas Concert at the Court of T Fondaco Friday, December 13 at 17.30.The...