Some of the world’s fastest trains, planes, boats and automobiles cater to private clientele for top dollar, while others are available to the general public and promise an unforgettable ride. Here are seven of the fastest ways to travel.

This boat set the world water speed record of 317.6 MPH in the late ‘70s, and is still the fastest boat in the world. The boat is powered by a 6,000 horse power Westinghouse jet engine and is currently on display at the Australian National Maritime Museum.

It’s the world’s fastest sailboat, reaching a speed of 69 MPH, and it’s designed with hydrofoils that can make it go faster than any other type of sailboat on the waters. If you’re ready to head off on a private island getaway or explore the coast on your own, consider hopping aboard this speedy sailboat for a thrilling experience you’ll never forget.

Japan’s Kawasaki Heavy Industries has developed one of the world’s most environmentally-friendly super express trains that can reach speeds of 217 MPH, and is one of the most efficient, state-of-the-art trains on the market.

Clocking in at about 675 MPH, this private jet carries eight passengers and is designed with several deluxe amenities, including wireless LAN, a satellite communications system, DVD player, LCD televisions and individual temperature control units. The plane has flown nonstop from Seoul, South Korea to Orlando, Florida and is powered by enhanced Rolls-Royce BR710 turbofan engines.

Grand Voyager ships from Royal Olympic Cruises are some of the world’s fastest cruise ships, reaching speeds of about 19.5 knots (roughly 23 MPH) and running on super-powerful engines. The ship is about 180 feet long and offers tours of the Mediterranean with stops at ports including Piraeus, Greece; Genoa, Italy; and Madeira, Portugal. The ship also features onboard entertainment and activities.

The Eurostar is one of Europe’s fastest bullet trains, connecting Paris and Brussels to London via the English Channel. The high-speed train offers basic amenities and services, and is one of the most affordable ways to travel from country to country.

The CRH3 is a feat of modern train technology, reaching speeds of 350 KM/H. Passengers can choose from sitting in Deluxe, First, or Second class as they are delivered to their destination of choice, proving that efficiency and comfort need not be mutually exclusive.

via Top 7 Fastest Ways to Travel.

9 Must Have Luxury Travel Gadgets! 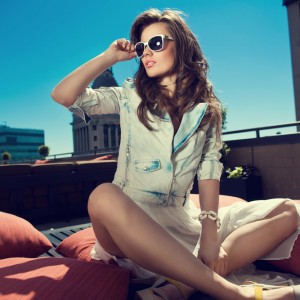 9 Must Have Luxury Travel Gadgets!